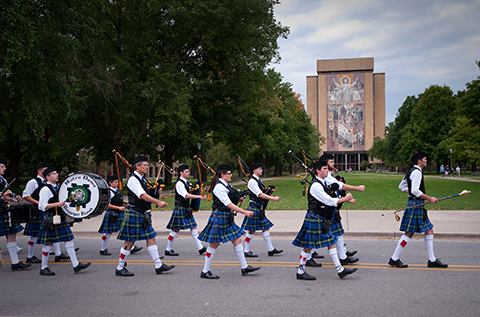 Bagpipe music is a distinct, unmistakable sound that can be heard all across campus prior to kick-off on home game Saturdays. The best place to see us perform is on Notre Dame's campus! 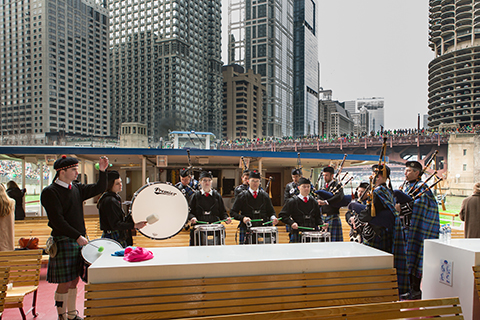 Some of our off campus performances are also great places to see us in action: