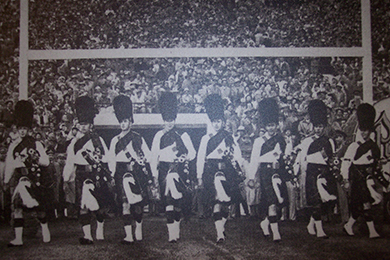 The Notre Dame Bagpipe Band can trace its roots to 1949, when the Irish Guard was formed as a bagpiping unit in the Notre Dame Marching Band. While the Irish Guard impressed many people with their stature and marching ability, it was quickly discovered that the bagpipes do not behave well in the late-fall weather in South Bend. The chill air condenses moisture on the reeds, killing the sound. Additionally, the relatively small number of Guardsmen made the pipes hard to hear in the roar of Notre Dame Stadium. The piping duties of the Irish Guard were abandoned in 1954, but the ceremonial Irish Guard remained. 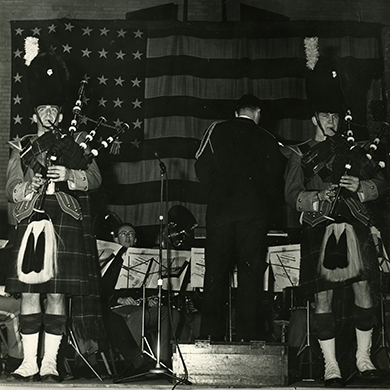 The pipes were down at Notre Dame until 1987 when Paul Harren '91, an avid piper, formed a band in his sophomore year. The band grew slowly, performing at a variety of small gigs and events. Successive student pipers and drummers have helped it thrive ever since. The band became an official student club and acquired pipes and drums. The band has a dual mission of performing with the pipes and teaching other students how to play them. The band provides most of the bagpipes, drums, and uniforms to its members. 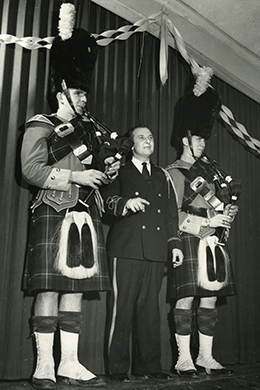 When the band re-emerged after splitting with the Irish Guard, it did not have the rights to the official Notre Dame tartan, so the pipers wrapped bed sheets and blankets around their waists to make kilts. In 2000, a talented group of freshmen with previous piping experience came to Notre Dame, and by the 2001 football season, the band was marching on campus for the first time. By mid season, the band acquired gently used kilts through the generosity of the Irish Guard. The band also began to build a drum line that played traditional syncopated bagpipe beats as well as some of their own compositions. 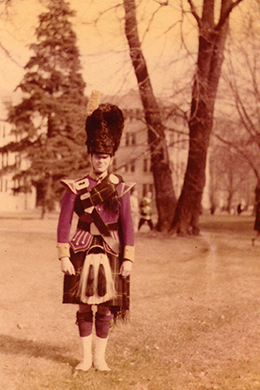 In 2011, at the request of Coach Brian Kelly, the bagpipe band began marching the football players into the stadium during the player walk at all home football games. The pipers and drummers now wear distinctive uniforms with kilts and plaids in the official Notre Dame tartan, glengarry bonnets, and black vests or doublets (distinct from the feather bonnets and red doublets worn by the Irish Guard). You can always find the bagpipes around campus on game day. They perform four hours before game time in front of the main building (the golden dome) and numerous other times at other locations. Bagpipes are loud, so if you are trying to find the band, just listen and follow the sound.

Since 2014, the NDPB has also been accompanying the Chicago Journeymen Plumbers Local Union 130 for the annual St. Patrick's day parade in Chicago. They can be seen in the parade itself as well as piping and drumming on the boats that dye the Chicago river green. 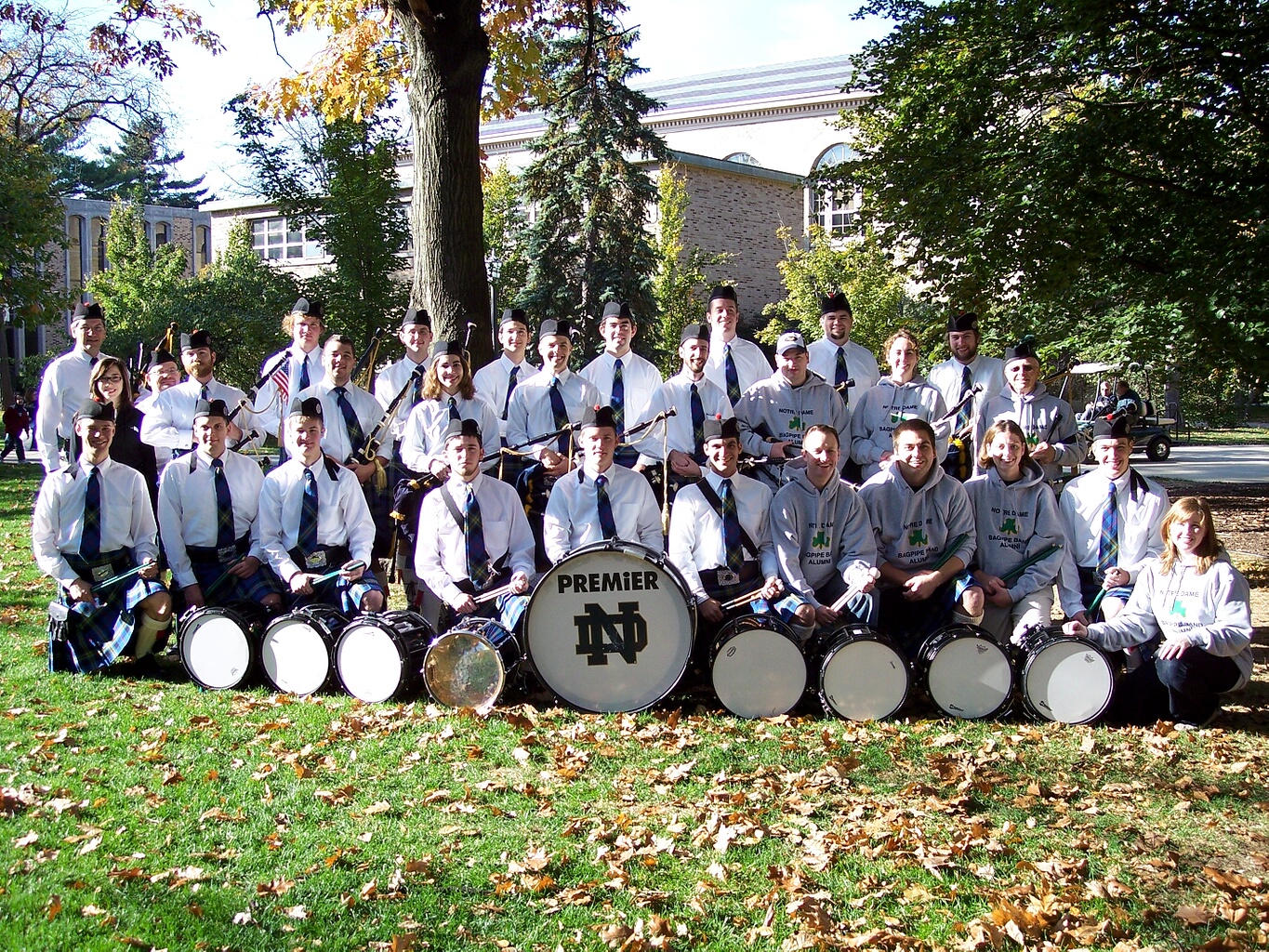 NDPB Alumni! Please help us complete this list. Send any corrections or changes to bagpipes@nd.edu